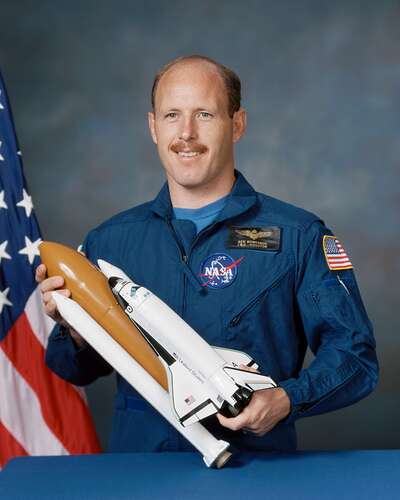 (Traduzione automatica) Kenneth Dwane “Sox” Bowersox is a United States Navy officer, and a former NASA astronaut. He is a veteran of five Space Shuttle launches and an extended stay aboard the International Space Station. When he launched on STS-73 at the age of 38 years and 11 months, he became the youngest person ever to command a Space Shuttle vehicle.