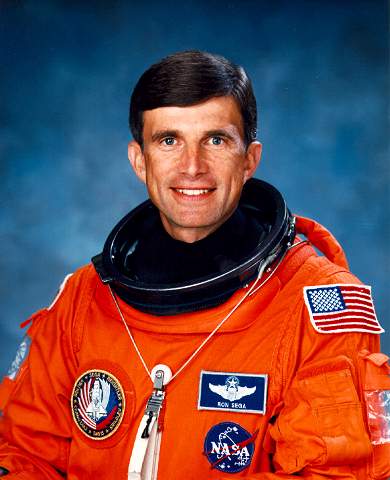 (Traduzione automatica) Ronald “Ron” Michael Sega is professor of systems engineering and Vice President for Energy and the Environment at the Colorado State University Research Foundation, a non-profit advocacy organization supporting CSU. He is also the Vice President and Enterprise Executive for Energy and Environment at The Ohio State University. From August 2005 to August 2007, he served as Under Secretary of the Air Force. He is a retired Major General in the United States Air Force and a former NASA astronaut. Sega was born in Cleveland, Ohio, he is of Slovene origin. He was married to fellow astronaut Bonnie J. Dunbar. He is now married to Ann Sega and they have two sons. He has lived in both Northfield, Ohio and Colorado Springs.