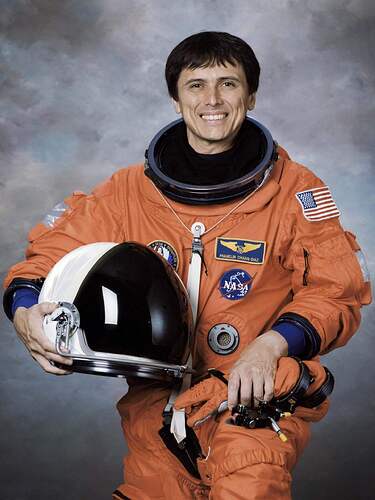 (Traduzione automatica) Franklin Ramón Chang Díaz is a Costa Rican Chinese American mechanical engineer, physicist, former NASA astronaut. He is the founder and current CEO of Ad Astra Rocket Company as well as a member of Cummins’ board of directors. He became an American citizen in 1977. He is of Chinese (paternal side) and Costa Rican Spanish (maternal side) descent. He is a veteran of seven Space Shuttle missions, tieing the record, as of 2018 for the most spaceflights (a record set by Jerry L. Ross). He was the third Latin American, but the first Latin American immigrant NASA Astronaut selected to go into space. Chang Díaz is a member of the NASA Astronaut Hall of Fame.