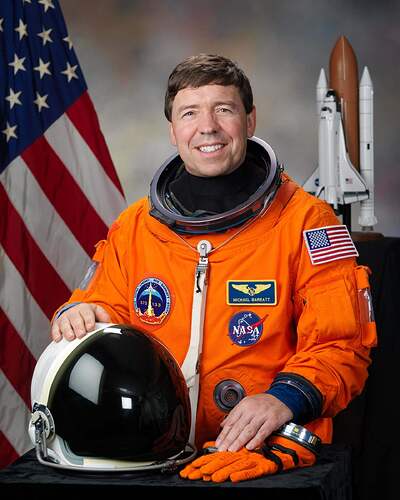 (Traduzione automatica) Michael Reed Barratt is an American physician and a NASA astronaut. Specializing in aerospace medicine, he served as a flight surgeon for NASA before his selection as an astronaut, and has played a role in developing NASA’s space medicine programs for both the Shuttle-Mir Program and International Space Station. His first spaceflight was a long-duration mission to the International Space Station, as a Flight Engineer in the Expedition 19 and 20 crew. In March 2011, Barratt completed his second spaceflight as a crew member of STS-133.