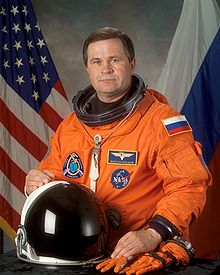 Named a cosmonaut candidate in 1989, Budarin’s first space mission was a long-term assignment aboard the space station Mir in 1995. Since then, he again made extended stays on Mir in 1998 and the International Space Station Expedition 6 from 2002 to 2003.