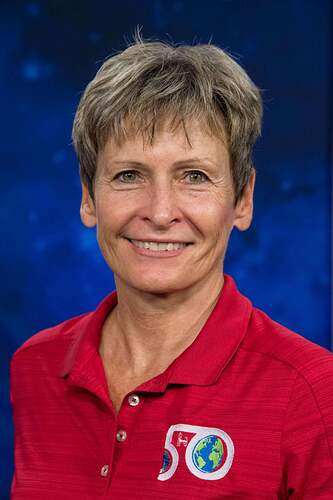 (Traduzione automatica) Peggy Annette Whitson is an American biochemistry researcher, retired NASA astronaut, and former NASA Chief Astronaut. Her first space mission was in 2002, with an extended stay aboard the International Space Station as a member of Expedition 5. Her second mission launched October 10, 2007, as the first female commander of the ISS with Expedition 16. She was on her third long-duration space flight and was the commander of the International Space Station for Expedition 51, before handing over command to Fëdor Nikolaevič Jurčichin on June 1, 2017.